A fluorescent metal-ion detector generated from a ‘masked’ tetraketone 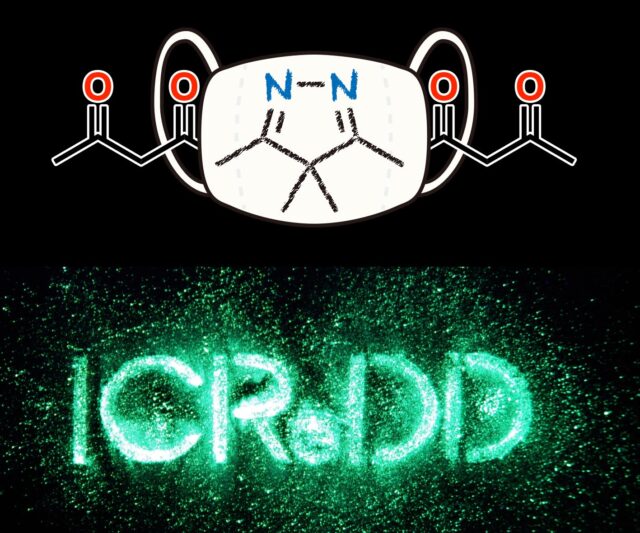 Polyketones composed of 1,3-diketone repeating units are widely known as a class of important intermediate for biological synthesis of metabolites. However, controlling their reactivity has remained difficult because of their complex tautomerism (Fig. 1).

Inokuma group in ICReDD applied isopyrazole masking technique to control tautomerism of tetraketone, an analogue of polyketones. Isopyrazole ring has two imine groups that are synthon of ketones. Synthetic conversion between interconvertible functional groups is generally called ‘masking’. When tetraketone was masked with isopyrazole, the resulting compound was found to exist as a single tautomer.

The masking technique allowed further functionalization of tetraketone to furnish metal-ion sensor (Fig. 2). The masked tetraketone-based sensor drastically changes its solid-state fluorescence emission when the solid was mixed with a solution containing metal ions such as zinc and nickel. 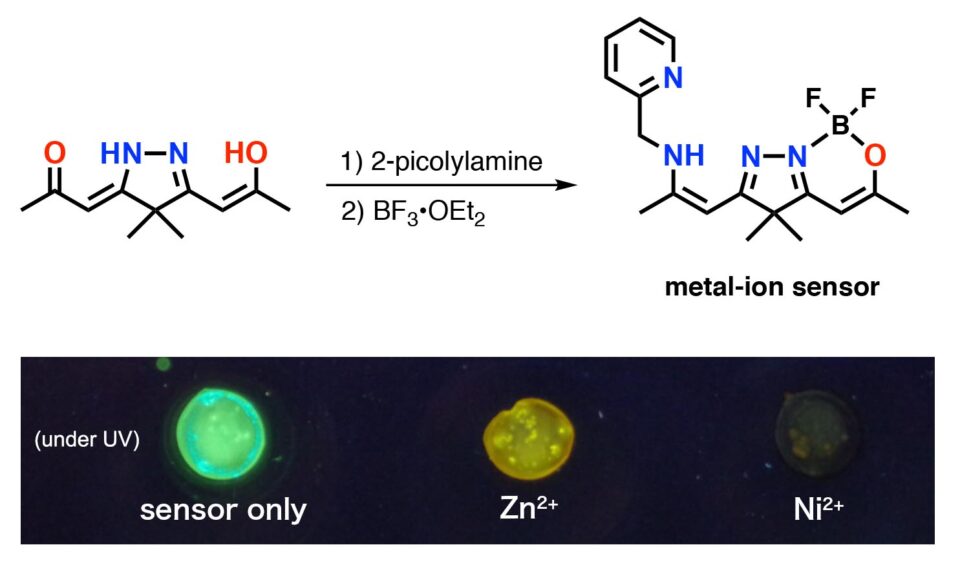 The isopyrazole masking technique will widen the scope of polyketone-based chemical reactions, in particular for development of functional materials